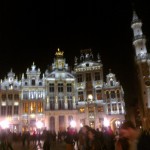 The Grand Place by night 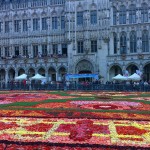 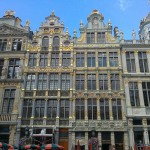 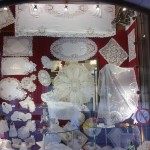 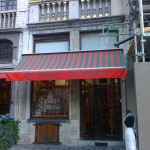 Lace shop on the Grand Place 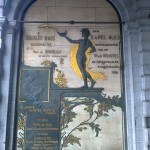 Monument in honour of Karel Buls 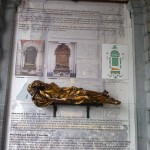 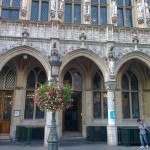 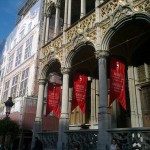 The Grand Place, on UNESCO’s World Heritage List since 1998, dates from the 11th century. The houses are built in Gothic style. The two most important buildings are the town hall, built in the 15th century and the bread house. On the 96-metre-high tower of the town hall stands a gilded statue of Archangel Michael, who is killing a dragon. In the 13th century, the bread house was a wooden construction where the bakers sold their bread. In 1405, these wooden barracks were replaced by a stone building which were later rebuilt in neo-Gothic style. This beautiful building now houses the Museum of the City of Brussels where you can get more information on the history of our capital and see old paintings, retables, tapestries, sculptures, silverware, faience and porcelain. Manneken Pis’ costumes have just been moved to a brand new museum. See Manneken Pis.

During the empire of Louis XIV there was a French bombardment on 13th and 14th August 1695. Many buildings were badly damaged but rebuilt later.

The other baroque buildings are the guild houses of bakers, butchers, archers, carpenters, butchers and brewers. On N°. 10 you will find the Belgian Brewers Museum.  Karl Marx, philosopher and one of the founders of the 19th century labour movement, once stayed in the Maison du Cygne on N°9. 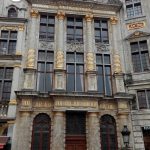 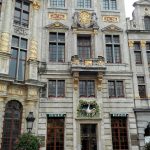 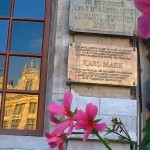 The monument “De Sterre” near the Grand Place contains a statue to the dying Everaard t’Serclaes. Everaard ’t’ Serclaes was a Brussels patrician who was attacked and robbed by supporters of the Lord of the Castle of Gaasbeek. The poor man died of his injuries in Brussels on March, 31st 1388. During the interwar period, a seller at the Sunday bird market launched the story that it brought happiness to rub over the right arm of ’t Serclaes’ statue. Who did this would return to Brussels or be allowed to make a wish…

In the evening there is a light show on the Grand Place, tailored to the music, in which the town hall and two other facades of the market square are illuminated in a colourful way. Every two years the market is covered with a carpet of begonias (often around our dear lady Ascension Day – August 15).

Did you know that the Grand Place was used as a car park until 1979?

Just walk straight on from ’t Serclaes monument and you arrive at the statue of Manneken Pis.