Ravenstein gallery and the Bozar

If you descend from the Place Royale/Koningsplein back to the Central Station, it is best to turn right at the bottom of the Mont des Arts/Kunstberg in the rue Ravensteinstraat and first take a look at the Bozar. The Bozar, the Brussels’ Center for Fine Arts is not only an architectural art deco masterpiece by Victor Horta, but also a house that is full of cultural and artistic activities at international level. There is a network of exhibition halls, theaters and the Henry Le Boeuf hall, a concert hall with 2200 seats, new multimedia rooms and also a restaurant. There are more than 250 concerts by chamber or symphony orchestras per year, some twenty exhibitions, theater and dance performances, information sessions by writers and filmmakers … 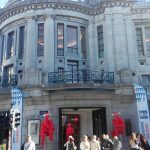 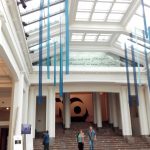 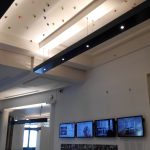 To go back to the station, you go through the Ravenstein Gallery.

The Ravenstein Gallery was built between 1954 and 1958 by the architects Alexis and Philippe Dumont on the ruins of the Granvelle Palace, where later the Université Libre de Bruxelles was located. When they realize the shopping gallery, which connects the Ravensteinstreet with the Kantersteen, the architects Alexis and Philippe Dumont are confronted with an obstacle that can count: a level difference of almost ten meters! The architects of the Ravenstein Gallery solve this with a vertical well of 10 meters, consisting of a monumental staircase, which encloses a circular gallery on both sides.

The gallery is inspired by the covered malls from the 19th century. There used to be a fountain here, realized in 1955 by Olivier Strebelle, who stood in the middle of the roundabout. Beautiful frescoes by Jean-Ado Baltus on the ceiling of the porches (side Ravensteinstreet) represent the Winds, the Constellations and the Elements and contributed to the classification of the Ravenstein Gallery in 2009. The gallery houses different shops and offices on the upper floors. 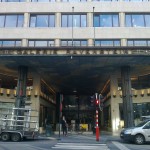 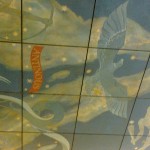 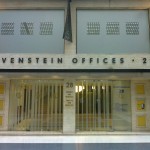 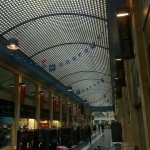 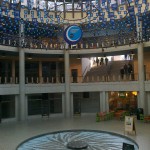 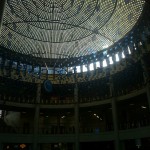 Via the Central Station, which is located right in front of the Ravenstein gallery, you can walk to the Grande Place/Grote Markt. Take the Horta gallery exit.